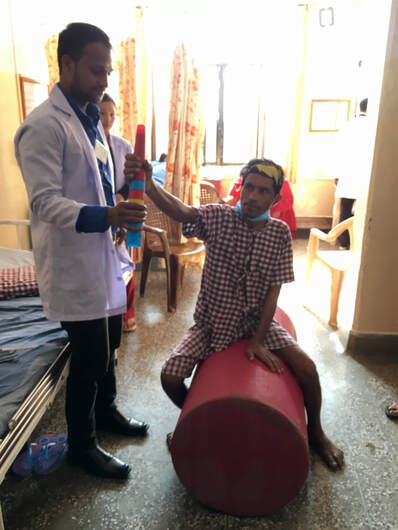 Sometimes being at the front of the line is a bonus – best seats, first access, newest purchase. But sometimes, being the first comes with risks and challenges.

Within a few short days it was hard for him to breathe.

That is when he presented to United Mission Hospital (UMH) in Tansen. A British physician was on call that evening when Mr. M was brought into the emergency department. A quick understanding of the events from the days prior, and a brief physical exam, lead to the presumed diagnosis of Guillain-Barre Syndrome (GBS), a rapidly progressing neurological disease. With Mr. M’s quickly declining ability to breathe, the doctors had to work fast. Calling upon the surgeons in the hospital, the doctor on call needed to find someone who could puncture a whole into Mr. M’s trachea – the breathing tube that connects the nose and mouth to the lungs – to help him breathe through a machine.

"Anyone … has anyone done a tracheostomy procedure before?"

There was no response.

Panic was setting in, both for the physicians on call and for Mr. M. How long could he breathe on his own for? How would they find someone to do the procedure, in the late evening, in rural Nepal? How would they save this patient? With increasing concerns for Mr. M’s ability to breathe, actions had to be taken immediately. 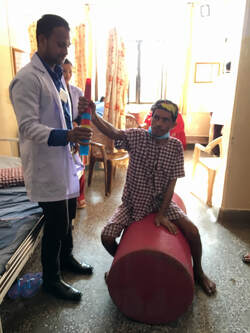 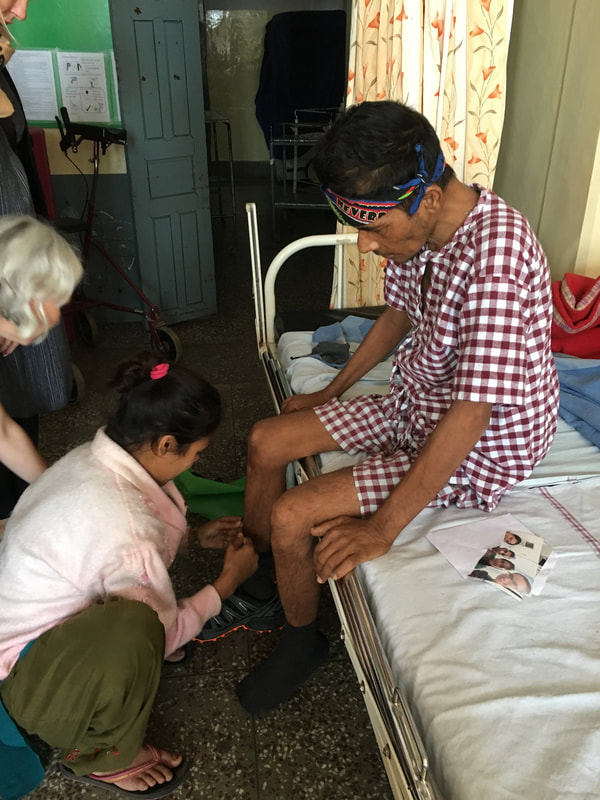 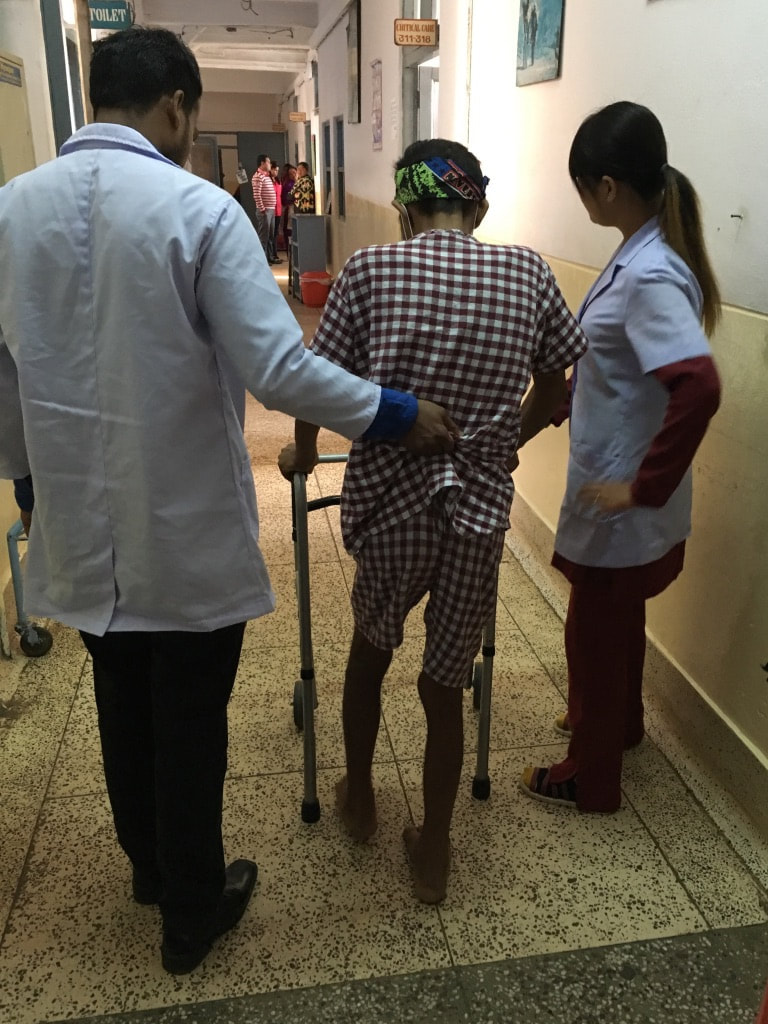 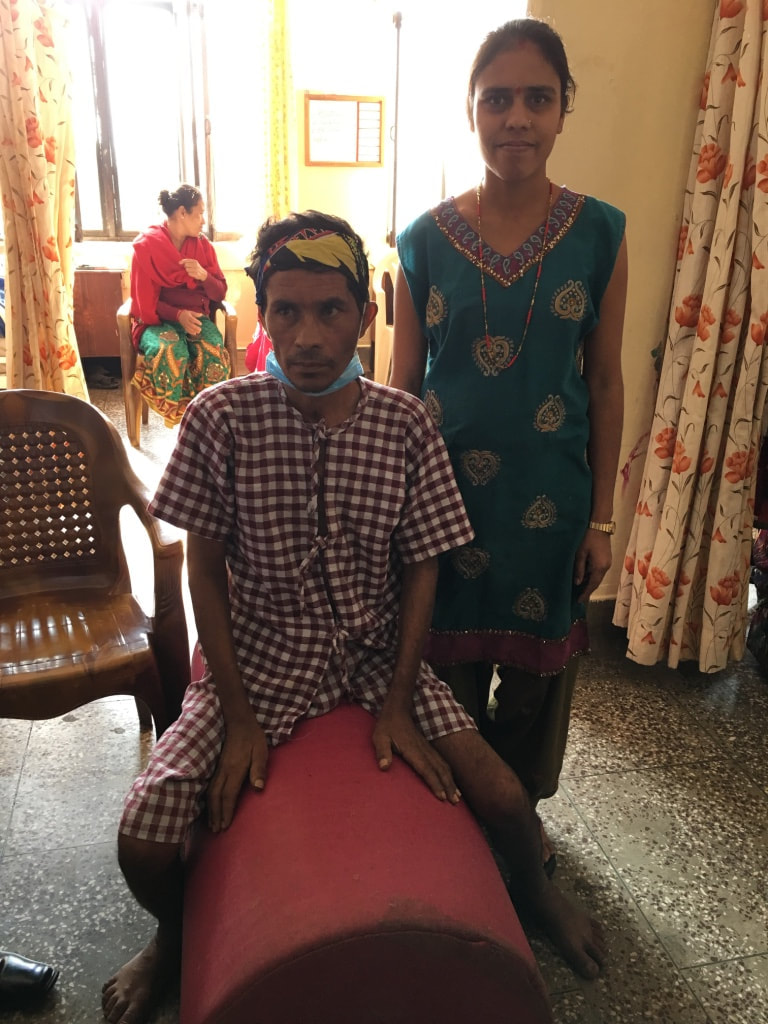 The doctors and surgeon on call quickly contacted colleagues and consulted medical texts. They knew they needed to perform a tracheostomy. And it had to be done quickly.  With a surgeon on speaker phone from England and the help of several staff at UMH, Mr. M underwent a tracheostomy procedure. The first ever at UMH.

While the risk was real that he may not have survived the procedure, the alternative was death. Slowly, after several days in the ICU he was stabilized and transitioned to the ward. With time and appropriate medical treatment, Mr. M defied all odds and was ready to participate in active rehabilitation. The neuro-rehabilitation therapists on the inpatient rehabilitation ward set out to help Mr. M. relearn how to walk.

Team 19 arrived in Nepal in November 2017. After hearing about the heroics that the physicians, surgeons and entire care team undertook to keep Mr. M alive, they were eager to work with him.

Mr. M. was enthusiastic to start his rehab. He participated in daily therapy and completed sessions with his wife, at bedside. He worked hard on his core strength, and trunk balance. He worked on leg and arm strengthening exercises and eventually he started taking steps. From a patient that underwent an experimental first, to relearning how to walk, his progress was truly remarkable.

With the assistance of the generous donations to NepalAbility, we were able to provide him shoes to assist with his foot and ankle stability. The shoes not only helped him clear his foot so he could walk, they were necessary for the Nepal hills and unpaved roads, that are difficult to navigate at the best of times.

His rehab was a long road, but seeing him walk the road, in his shoes, with his wife by his side, epitomized the importance of neuro-rehabilitation.

Dr. Ali Rendely is a physiatrist in Toronto, Canada. She visited Nepal in 2017 on one of NepalAbility's regular Team visits